Benefits of Hydroforming vs. Metal Stamping 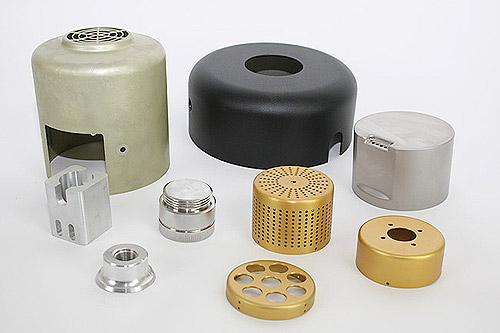 Hydroforming is a specialized type of die forming that uses high-pressure fluids to form ductile metals such as stainless steel, carbon steel, copper, or aluminum into a particular shape. The process involves first placing a sheet of metal over a predesigned molding tool. The tool can be a mechanically driven mandrel or a solid female die.

A hydraulic fluid (either oil or water) is then pumped into a chamber behind a flexible, high-strength rubber diaphragm at high pressures. The pressure of the liquid on the rubber diaphragm either counters the force of the rising mandrel for deep drawing applications, or can force the metal into the female mold to produce relatively flat convex and concave shapes.

Hydroforming is capable of producing intricate shapes that would be otherwise impossible or unfeasible with progressive die stamping. This technique can also produce metal components with a high strength-to-weight ratio, at a faster rate, and at a lower per-unit cost than conventional metal stamping. 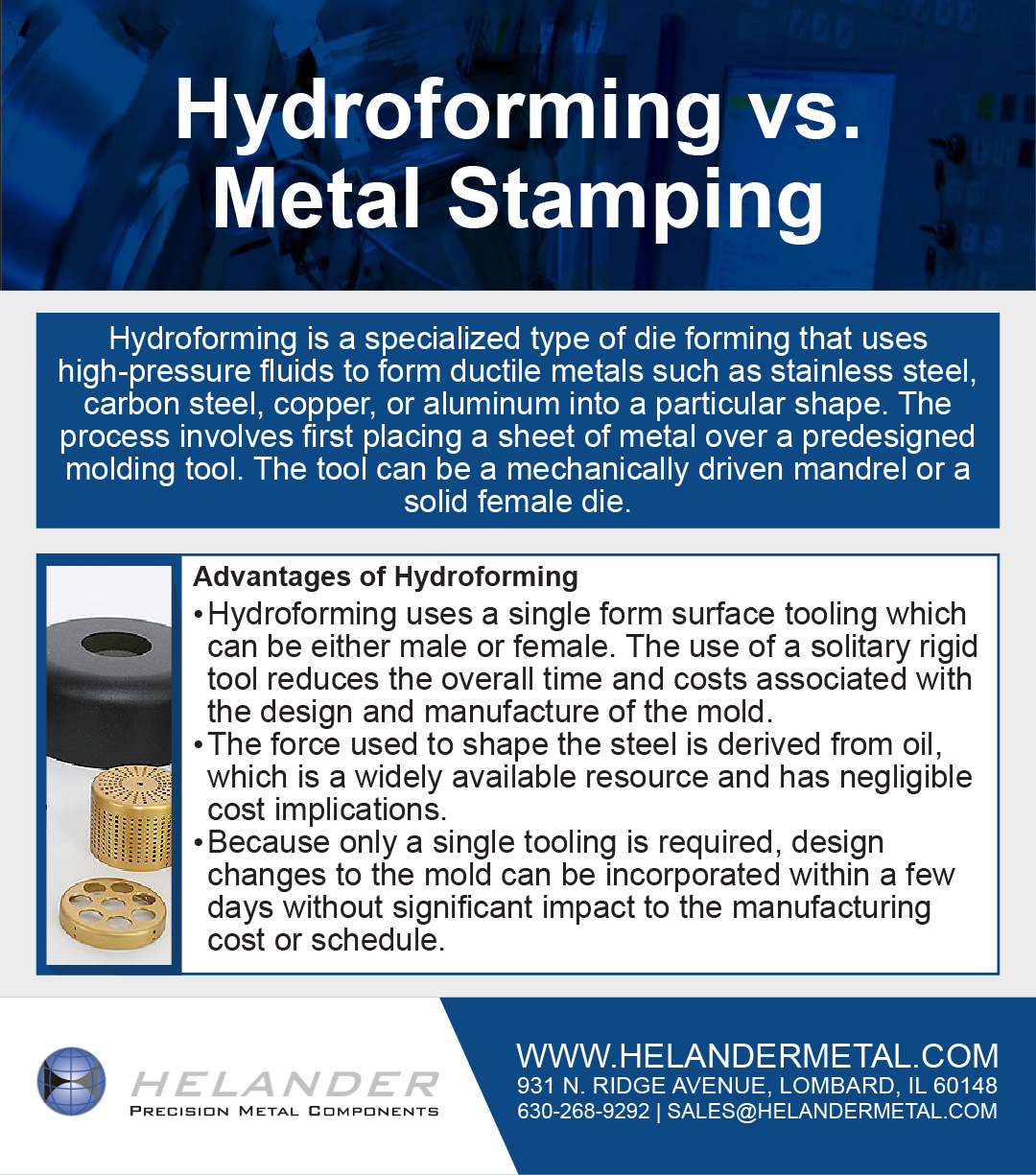 Hydroforming uses a single form surface tooling which can be either male or female. The use of a solitary rigid tool reduces the overall time and costs associated with the design and manufacture of the mold. The force used to shape the steel is derived from water, which is a widely available resource and has negligible cost implications. Additionally, since only a single tooling is required, design changes to the mold can be incorporated within a few days without significant impact to the manufacturing cost or schedule.

As the rubber diaphragm is filled with pressurized liquid, it presses against the metal sheet, causing the compressive forces to distribute evenly and consistently across the surface of the metal, thus improving formability and appearance. The additional distribution of strain across the metal section increases strain hardening and, therefore, produces a product with enhanced strength properties. The increased strength obtained from hydroforming also has the added benefit of significantly reducing spring back, especially in closed sections such as tubes.

During tube hydroforming, the material can be precut to the desired dimensions before being sent to the hydraulic press. As a result, the part is formed with little to no wastage (usually 0-10%). Moreover, the ability to precut and preform the metal into desired shapes means that complex profiles can be made with a high degree of repeatable accuracy, within strict industry tolerances. The reduction in secondary operations such as cutting and welding means less handling, less machinery, and reduced cost.

Some Challenges of Metal Stamping

Metal stamping, though useful for a broad array of applications, has several disadvantages when compared to hydroforming. Upfront tooling costs can make short production runs expensive, ineffective, and unfeasible overall. The tooling in metal stamping consists of a male (core) half and a female (cavity) half. The time and cost to produce both halves of the tooling can lead to increased manufacturing costs and longer lead times since more time is needed to design and develop the tooling.

Metal stamping also generally requires that the metal sheet overlap the stamping die by a specified amount to allow the die to punch through and form the material. This process can result in material wastage of 20% or more, depending on the application.

Furthermore, design changes are difficult and costly to implement in metal stamping. For changes to take place, an entirely new die may need to be constructed. Redesigning and reconstructing the two parts of the mold can delay production time and, by virtue, increase the manufacturing cost

Although metal stamping still certainly has its place in the manufacturing industry, hydroforming far surpasses this traditional forming method in numerous areas. If you would like to learn more about hydroforming services from Helander and how they can benefit your application, feel free to contact our technical team.